Last Updated on 7 days by ChennaiRealties

The Govt, its various departments and agencies have been attempting varying measures with the available resources, to do their best to ease congestion in Chennai Metropolis and give a better quality of life for the people.

It was in this direction, the Chief Minister Edappadi K. Palaniswami on Friday(Feb 1, 2019) laid the foundation stone for a new mofussil bus terminus at Kilambakkam, near Vandalur, on GST Road.

The CMBT at Koyambedu that was inaugurated in 2002, continues to hold the distinction of being one of the largest Bust Terminus in Asia.It came up in a 37 acre land appeared spacious then, but now struggling to accommodate various facilities that a big terminus should have.Neither the place is enough for the 2,100 buses, including 1,250 buses for the southern districts, that are operated 2,900 times a day nor for a Depot for the buses.

The demand for more space for Buses has increased of late with the Metro Rail becomes operational. Koyambedu houses a main Station for the Metro. The Koyambedu wholesale market adds to the congestion in the area. The vehicles now diverted at Perungalathur take longer time today to reach Koyambedu now.Therefore, the need for the more spacious terminus is urgent and imperative.

The Location of the New Terminus 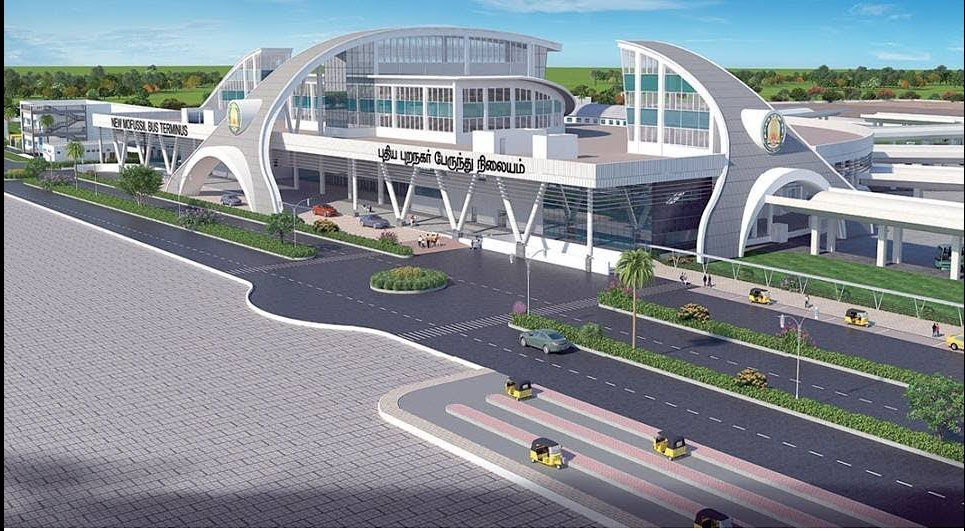 The site identified for the New bus terminus is strategically located. It’s just on the GST Road near the Crescent College of Engineering.

The cost of the terminus, with a built-up area of 6.4 lakh sq.ft, is estimated at ₹394 crore. It is expected to be ready in 18 months and will ease traffic congestion at Koyambedu by catering to passengers in the southern districts.

The size of land earmarked for the purpose is 88.52 acres. It will accommodate 550 buses and have parking space for 275 cars and 3,582 motorcycles. The facility would also have ample green spaces.

The bus terminus campus and buildings have been designed with an emphasis on passenger comfort and convenience. There are public spaces with various retail and food outlets. The building is a blend of modernity with traditional motifs.  The terminus would have a public lobby, 49 shops, two restaurants, 20 ticket counters, three transport offices, three time-offices, a medical centre, a clinic, a mothers’ room, ATM, two storerooms, a cloakroom, a security / CCTV room, six electrical rooms, a control room and four toilet blocks.

Mofussil bus bays have been designed in a space of 14 acres to accommodate 130 government buses and 85 omnibuses, offering connectivity to cities and towns in the southern parts of the State.An MTC bus terminus has also been planned in a space measuring 7.4 acres adjacent to GST Road, with a platform 1,100 metres long and four metres wide, covered with roofing eight metres wide.The design would also include interconnection of platforms with a six metre-wide walkway and escalators. A space of two acres has also been earmarked for a bus depot with a workshop.Stormwater drains and kerbs have also been planned along the roads.

Pros for the Real Estate sector

For the Real Estate market and for the investors, Vandalur and adjoining areas which already has seen much activity because of the Outer Ring Road and its connectivity to Oragadam, Sriperumbudur and OMR will continue to be one of the most happening place in the near future. 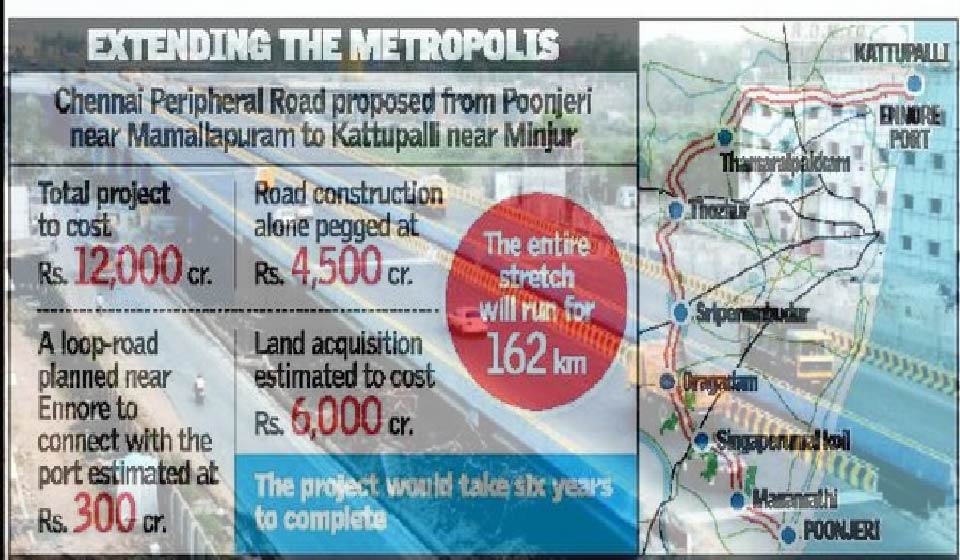