IS CHENNAI SET FOR EXPANSION?

Following is a news item appeared in the TOI on 10th August, 2012. Investors may take the plunge and invest in places which may eventually fall in the expanded CMA. Look for low budget properties that may fetch you a good return in the short/medium term

Chennai looks at the National Capital Region model for expansion

The Chennai Metropolitan Area (CMA) is likely to expand by eight times – from 1,189 sq km to 8,878 sq km – as the regulatory body is inclined to extend its jurisdiction up to Arakkonam in Vellore district. Both Tiruvallur and Kancheepuram districts would also be part of the CMA if the government gives its nod.

At a seminar on regional planning perspectives, organized by the Chennai Metropolitan Development Authority here on Thursday to discuss its expansion plan, urban planners cautioned that unless a sustainable development model was adopted, there would be problems. Though the CMDA had another choice of expanding the jurisdiction to 4,459 sq km by culling out some taluks in the nearby districts, there aren’t too many takers for it, it is learnt.

There are three major highways and two rail networks cutting across the proposed CMA jurisdiction and the planning agency plans to use them as major transit corridors.

The seminar debated issues that could crop up in the process of expanding the CMA. The expansion plan was first proposed in October 2011 and the government is yet to take a decision on it. Officials claim the expansion of CMA would decongest the city. The idea is copied from the National Capital Region, where, unlike Chennai, more than one state is involved. “Here, instead of several states, several districts are being included,” said an official.

Apart from CMDA officials, experts and senior urban planners from Delhi, Mumbai, Bangalore and Hyderabad metropolitan authorities, Chennai Corporation and several other state government departments took part in the event. Chennai seeks to learn from the experiences of other cities that have already gone through the expansion process. Hyderabad completed the its expansion in 2008, extending the area from 1,860 sq km to 7,100 sq km. Bangalore Metropolitan Regional Development Authority covers 8,005 sq km. A senior CMDA official said, “Like people in many western countries, Chennaiites will also love to stay in the countryside and travel to downtown areas to work.”

Want to Get Your Unapproved Plots and Layouts Approved? 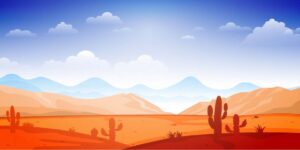