Last Updated on 5 months by ChennaiRealties 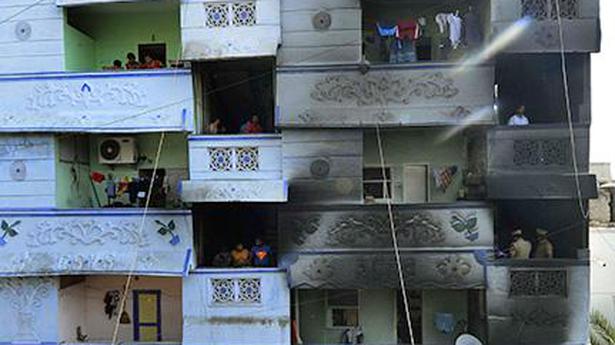 With the Tamil Nadu government notifying rules and guidelines for regularising unauthorised constructions completed on or before July 1, 2007, under Section 113-C of the Town and Country Planning Act, 1971, applications can be made online within six months for regularising such constructions, provided they conform to various parameters.

An official release stated that according to the rules and guidelines approved by the Tamil Nadu Cabinet on June 13 and notified on June 22, the buildings should have been completed on or before July 1, 2007, and should be in conformity with the Civil Aviation Regulations, the Coastal Zone Regulations, the Defence Regulations, Hill Area Rules and the Tamil Nadu Nuclear Installations Regulations, among others.However, unauthorised buildings in the Red Hills Catchment Area and the Aquifer Recharge Area in the Chennai Metropolitan area cannot be regularised.

The rules and guidelines have been framed on the basis of the recommendations of the Justice Rajeswaran Committee.“A building with any encroachment, including aerial encroachment on to a public road or street or any government/local authority-owned lands including water bodies, open spaces reserved as parks and playgrounds in Master Plan or Detailed Development Plan or New Town Development Plan or approved layouts, shall not be considered for exemption,” the notification said.The applicants seeking to regularise their buildings have to pay normal development charges, Premium Floor Space Index charges for the violated Floor Space Index area, Parking and OSR violation charges and the general regularisation penalty, calculated at a specified percentage of applicable Infrastructure, and Amenities charges depending upon the range of the Floor Space Index achieved.

Online applications to a competent authority should be made within six months from June 22, 2017, along with fees and charges as per the self-assessment. The release added that the government will come out with an amendment to the Electricity, Water Supply, Drainage and Sewage Board and Registration Act to ensure that no subsequent registration can be made in respect of such buildings that have not yet been regularised under the scheme.

The rules and guidelines have been framed on the basis of the recommendations of the Justice Rajeswaran Committee, which was constituted by the Tamil Nadu government to make the Section 113-C of the Town and Country Planning Act, 1971, operational.Justifying the move, the Housing and Urban Development department said that such a scheme was necessary as the number of unauthorised developments was huge and demolition of all such constructions was practically not feasible.Lack of commercial spaces and loss of livelihood were also cited as reasons for the scheme.